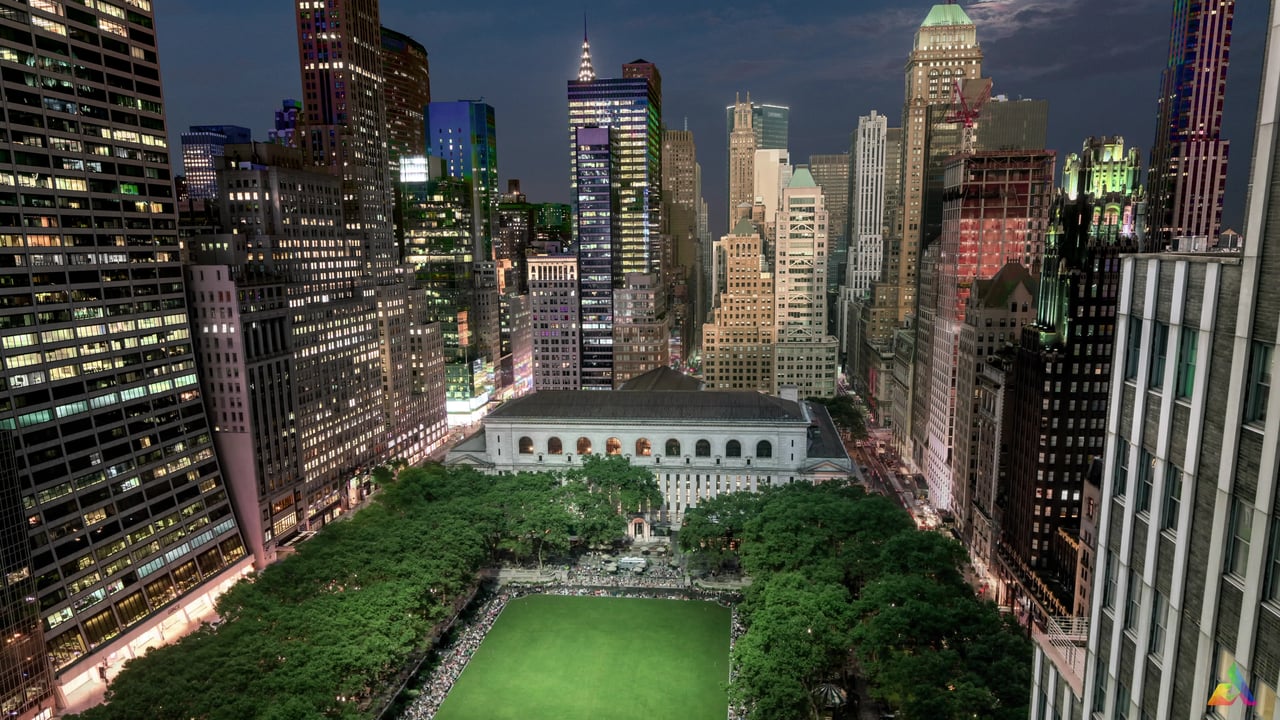 “Traditional time-lapses are constrained by the idea that there is a single universal clock. In the spirit of Einstein’s relativity theory, layer-lapses assign distinct clocks to any number of objects or regions in a scene. Each of these clocks may start at any point in time, and tick at any rate. The result is a visual time dilation effect known as layer-lapse.

After releasing “Boston Layer-Lapse” a few years ago, I was able to quit my engineering job to focus on time-lapse and film making. New York City was the obvious subject for my next film, the immense skyline was ideal. However I was facing an unknown creative challenge: when I created Boston Layer-Lapse I manually animated layers because I only had about 30 layers in a scene, in New York I was making layer-lapses with 100-300 layers so I needed some method to help me automate my workflow. Luckily I have an engineering background I can lean on, so in early 2016 I started learning scripting in after effects, and began writing code to create different layer-lapse ‘looks’. To create a layer-lapse effect, I am assigning a unique equation to hundreds of buildings simultaneously. For each frame, every building is calculating and deciding which time of day to reveal. One example of a script that yields a ‘look’ are the waves of day or night that move through some of the shots in this film. To achieve the ‘look’ I can set parameters like the speed at which the wave moves across the screen, how rapidly each layer will switch from day to night or vice versa, and I’ll often use a random sinusoidal function to create a subtle oscillation inside the wave itself. Now I’ve probably lost half my audience but for those of you still reading, the final step is linking an action or a script to a piece of the music. One way I’ve found this can be done is creating a set of audio triggers for a song, so that every note or beat triggers a change. By linking a certain script to each of these triggers one can create computer generated layer-lapses that are animated in response to music. Admittedly, this film is still a combination of mathematical and manual animation but my goal is to create a layer-lapse film where all the animations are simply decisions made by each layer after analyzing the music and the script it was assigned. By making layer-lapses run on mathematics, there are also some really cool avenues to create interactive physical or virtual art installations where a person could actually touch and manipulate a layer-lapse scene in real time. The further down the rabbit hole of layer-lapses I go, the more opportunities for experimentation I am discovering. I love the process of creative exploration and hopefully my audience gets something from it too, thanks for watching!

Special thanks to the team at Kessler Crane, every motion controlled shot was filmed on their Second Shooter and CineDrive systems, visit them at: kesslercrane.com