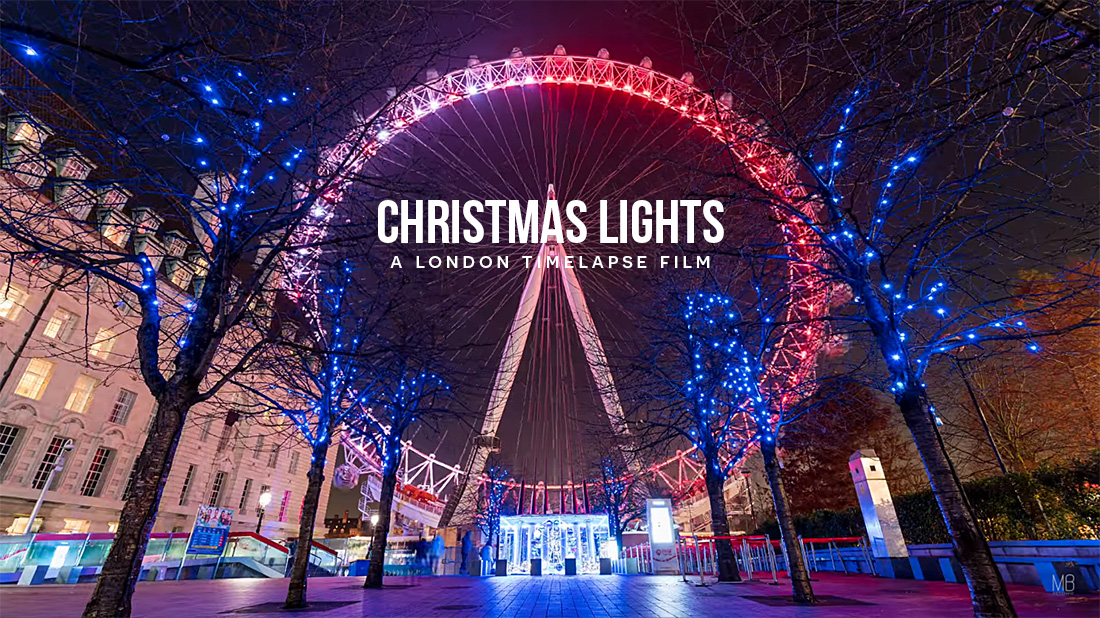 “After four years from my last Xmas TimeLapse of London, I thought that it would be great to make another Short TimeLapse & Hyperlapse Film about the amazing atmosphere and decorations that makes London such a great city to visit during Christmas time. Music By Alberto Vuolato http://albertovuolato.bandcamp.com Putting the whole video together took me roughly a month while I shot the beautiful and well known christmas lights at Oxford and Regent Street, Trafalgar Square and the astonishing Covent Garden. During this time I also had the opportunity to film the light up of the 18,000 lights at the Churchill Arms Pub in Kensington and the last SuperMoon of the year. To make it even better, the resolution of this Short Film is in 8K, cos I thought.. why not, YouTube is supporting 8K! 🙂 My equipment for this project was the Sony A7rII with the Canon 16-35mm f4L, 24-70mm f4L and 70-200m f4L and the Dynamic Perception Stage One and Stage R. For those tricky locations such as Southbank Market and Covent Garden I used the Manfrotto SuperClamp to avoid to get in trouble with the Security. So, after 10.350 Raw Pictures and 800 GB on my Hard Drives, I have finally put together my latest TimeLapse and Hyperlapse Short Film. The Original Soundtrack has been composed especially for this Short Film by the talented, Italian composer, Alberto Vuolato.